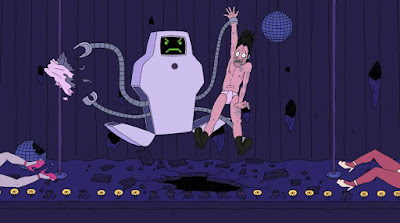 Don't watch the jumpy needle...some Colin Jackson business on the 12-10

Interstella....not "inta Stella", as in I'm into Stella...
"...that’s what I like about dubstep. You can do something really abstract and get away with it. You could even do a big vocal dubstep tune and get it in the charts. Except then you’d get people jumping on it – for now people are only in it for the music." Skream August 05
Top

^ but I am completely made of ale

This one to the back of year head like a yamaka!

Goth-Trad, how do you say fuck off in japanese
RIP our favourite dish cloth.
Top

(This one's from the last FWD at the end...LDN)

on the mix with cluekid, react fm:

'shout out to the gang sittin in a haze, hope it's a good sativa ya breatha'

Both from Culture Clash.

"I didn't bring no backup - crew and just me.Mala.Coki.DIGITAL MYSTIKZ.BLOOOOOOODFIRE"
followed by i(Loefah Remix) which was murder..
..you will know your responsibility..
Top

bandshell wrote:When he completely shit all over that racist guy during a baps show was hilarious.

This ones been left in the cupboard to long but it's like blue cheese to me, the mould is necessary

GUILTY
Satanists - Get the fuck out of Dubstep
Top

Jokes, this thread made my morning!

s.a.m wrote:Pointing to the topless Brostep lads at Croydub in August- "If you boys wanna get naked and dance with eachother, GO TO THE FUCKING TOILET"

I was fucking cracking up when he said that, comedy moment of the night

imami wrote:i put secret donks in all my tunes, just low enough so you can't hear them

"This one's marked in red pen, see me after class." - Exodus/DMZ, Leeds.

Peverelist wrote:A few acetates and a few records. No special FX, no Ableton, no CDJs, just raw DJing as it should be.

And it ended a few seconds later with 'DONE' .

not that funny still, but they've all been said lol
http://thewaxoff.blogspot.com/

Users browsing this forum: No registered users and 26 guests