this thread is paining me. new forms is not a jungle album. neither is torque. or anything after 96-97 really. i would recommend:

now that is original jungle sound.
The fool chatters... But the wise man listens.
Top

thaughts from an old junglist

please check http://www.rolldabeats.com/artist/dem_2_ruff
i have to say as an old skool junglist at heart compilations are not for me
its all about the 12" vinyl the 10"dubpates as a dj playing for 1000's of people back in the day all i ever knew was the mixtape and i ve got lots of them still in the loft but dont ever dig them out .
jungle was/is still the most xciting form of pre dubstep bassline for me
i love jungle i love dubstep i love bass = happy people every where
sorry if this is not what u wanted to hear truthfully compilations are for non dj'ing type's but hey it takes allsorts dont it
peace Daddy Ruff Jnr Aka Dj Kandyman

Shonky wrote: Too fuckin true, I like most music (well the good stuff) but psy-trance really is the shittest. Found years ago that psy-trance just makes me feel like punching the DJ, and I'm a pacifist. Think it's probably the fact that the music/dj's/fans all think it's more spiritual than it actually is.

On topic, oldskool jungle is the shit, early ambient / "intelligent" jungle is also the shit but it turned boring fairly rapidly, early techstep is also the shit but turned into a pit of predictable two stepping engineering obsessed tedium from which most dnb has never escaped fairly rapidly. The trouble with futureshock is that by definition it has a limited lifespan.
Top

Large up all the fakers in this thread, pretending they were junglists back then. If you're mentioning Goldie or anything after like 1995/1996, you've got no idea. I was 9 years old in Spliffy Jeans, a Karl Kani waistcoat and a stringvest brocking out to Jungle Mania tapes and arguing about Goldie making soft DnB (face it, Inner City Life is lovely, but it's not brock out music).

I'm sorry, but the best CDs to encapsulate the vibe back then are any of the Jungle Mania trilogy, or the Jungle Hits trilogy. All commercial tape packs, all sold in HMV, but all filled with bangers.
Top

Crazydave wrote:Ok guys, first off thanks for all the recommendations.

Just had a wicked afternoon trying to listen to them all... 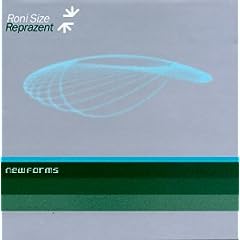 I'll admit it... Roni Size has always bored the piss out of me,
but this album's actually alright. Is it not just liquid D&B?

definitely not liquid, just well produced music that falls into the category of dnb hate calling it that though, been listening to this album a lot lately, matter of fact is a heavy tune
Top Yeah, I from the No U-Turn Appreciation society too..... but Torque ain't jungle to me, it's Techstep. Semantics I guess

jackquinox wrote:As far as the moving shadow cds go i remember they did an anniversary type one which had everything from 2 bad mice - waremouse through to dom and roland -cant punish me, im not sure which number it was and cant find it on there website but it was only a couple of pound and a really good retrospective of the label.

pupil wrote:I'm always surprised more people don't give thanks for T Power - The Self Evident Truth Of An Intuitive Mind

Silver gives me chills whenever them first Amen's kick in, it's pretty out there for jungle, massively ahead of its time for 1995 (I can see Squarepusher being well influenced by this record). As well, when I first heard Toasty I though of this record (and Future Sound Of London too, bigstyle).

I read an interview with T-Power in Knowledge years back when he was doing his Breaks stuff with Si Begg on Botchit & Scarper (before his return to D&B with Shy FX) & he said he was shunned by the Junglist Massive at the time of Self Evident Truth's release..... in the end he got fed up & turned his hand to Techno for bit. I suspect the further outside of that scene you were, the more people know about it?
d.appleseed- EverGreen (November 2009) Techno-Tribal-Progressive-Dubstep mix (41.25MB, 30mins @ 128Kbps)
Top 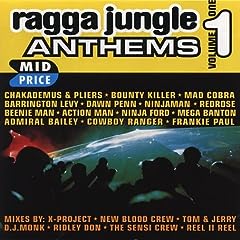 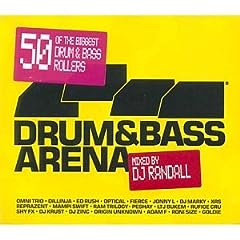 i know its atmos dnb not jungle.. but still MAD cd

hmm i dont really mind psy trance. As long as their is progression or some sort between tracks in in the tracks, could probs listen for hours.. thou that might be pushing it.

i dont know my jungle sounds too well.. listening to that goldie - timeless album now.. sounds pretty spiff.. been listening to his EM too last week.
Top

damn i am going to cry.
shit yeah

early labello blanco, subbase/ breakdown, moving shadow
if it is 'jungle' that you are after
i dont really remember many jungle lp's that are not compilations/re issues past 98
Top

photek's 'ufo/rings around saturn' was always a big one for me, atmospherics via obscure samples business (same reason why I think Burial is so good).

Tayla 'bang the drums' and Sci-Clone's 'everywhere i go' = bliss.

Speaking of psy-trance, you lot would have loved SE1 on friday.

damn i am going to cry.
shit yeah

early labello blanco, subbase/ breakdown, moving shadow
if it is 'jungle' that you are after
i dont really remember many jungle lp's that are not compilations/re issues past 98

Fuck me that ones got some proper classics on it.

A Guy Called Gerald - Black Secret Technology for me... thats the sound right there.
Top

As in both the break and the truth.

sapphic_beats wrote:i think the floppy aspect of cats is WIN.

timeless is one of my favorite albums all time