i just created this thread to give props to dBridge. been SMASHING the FWD recording from rinse: http://www.dubplate.net/rinse/podcasts/ ... D19409.mp3

i seriously cant get enough. anyone have any other live or studio sets from this man? noticed he's on the autonomic podcast, downloading that atm.

big up dBridge, selections hit me deep in the soul.

also if anyone can help with these tune IDs i will love you forever.

the podcasts are dope, Ive got two of them, love the vibe, really eclectic selection of soulful music

love his d n b too
www.soundcloud.com/jonnyrebel
Top

Was a very good set by D-Bridge, shame they didn't record the Headhunter set though.
Top

Yeah yeah, feeling the same way, played the D-Bridge set already twice today along with all the podcasts. Also really loving 'Wonder Where' on his myspace, seems to be coming out soon on a new label called Nonplus+...
Top

I'm pissed I didn't go, but lovin the fact they are broadcasting and seem to be podcasting FWD from now on. Fukkin large!!!

Anyone know what the tune that comes in at around 20 minutes? Sounds like Burial VS. D-Bridge?
strip it down, reveal the elements

seems like dbridge and instra:mental have gone into their own world with the type of dnb they're playing and i'm loving it,

dbridge is on dj flights show tonight so should be a goodun!
Top

Been an admirer of his work for ages.

rather than the other way round

i think dbridge and dnb in general has been massively influenced by dubstep, just to remind them to slow the fuck down and get some space in there
Top

i love d-bridge's tunes. his album 'gemini principle' is one of my favourites.

it was a good set on sunday but it didn't feel like the crowd were that into it, Skream smashed it straight after.

I loved the way he played all different styles in that set and they all seem to blend so well.
Top

String wrote: just to remind them to slow the fuck down and get some space in there

you could say the same to a lot of dubstep producers now too!
Top

Props for days since BC, mans got deep skills

massive set from d bridge
wish i coulda been there but didnt have the cash
anyone know what the tune that gets a rewind around 22mins is? with the male vocals?
Top

Sickman wrote:Props for days since BC, mans got deep skills 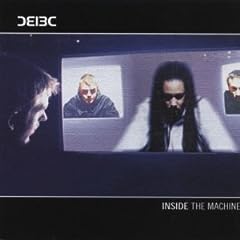 absolute classic! this album brings back so many memories!

Reptilian wrote:been waiting for the dubstep influence to filter through to drum n bass for some time now

rather than the other way round

Just listening to the d-bridge set from fwd on rinse podcast, absolute sickness.

All about the BC days, shot down on safari was one of the lps that got me into dnb, dosage has got some mega production.
All about silicon dawn off inside the machine too
Support your local record store: http://www.seismicrecords.co.uk/open/
Top

Track is called "These Words".

Re: big respect to dBridge

what happened to the audio?

d-bridge and instra:mental, unbelievable at the moment.
so much soul in the music, autonomic is on rotation since months now

Users browsing this forum: No registered users and 78 guests