This January 12th - LNUK Records drops it's first vinyl release in the form of Pusherman's 'Shake It Off' EP. 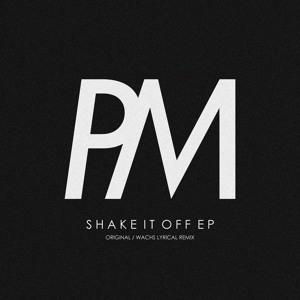 Pressed on 180 gr wax with a full artwork, matte black sleeve and black inner - the release features a deep, techno influenced remix from Wachs Lyrical on the flip.

Undoubtedly one of the tunes of this years Outlook Festival, both tracks have been on heavy rotation at Rinse FM and NTS - as well as doing perverse things to nightclub dance floors across the capital and further afield. We're incredibly happy with the tracks and can't wait to get them out there!

"This is the debut release from a new London based label LNUK. It's a kind of Swamp81 styled electroish thing which reminds me of a lot of the UK Electro I used to listen to when I was about 16 or 17. I mean real Electro, not Justice." (Jackmaster)

The release is now up for pre - order on Redeye, and all good online stores:

Merry Christmas from everyone at LNUK!

To book either Pusherman, or AnyGuy & SecondLife please contact bookings@lonote.co.uk. Thanks.
Last edited by AnyGuyLNUKRecs on Mon Jan 16, 2012 7:58 am, edited 2 times in total.
Top

bag on site, both sides are sick. Props for pressing it to vinyl as well, alot of new labels just going digital

Such a tune!
Where have I heard this before???
Soundcloud
Top

wobbles wrote:Such a tune!
Where have I heard this before???

Been a regular feature in Jackmaster's sets of late, and appeared in quite a few mixes in the last six months.

dubloke wrote:bag on site, both sides are sick. Props for pressing it to vinyl as well, alot of new labels just going digital

Nice one fella - thanks for the support.
Top

Jackmaster lists 'Shake It Off' as the track he wishes he'd signed most (this year presumably?) in the Guardian:

Cheers for all the support!
Top

Catch Pusherman playing at Arc in Bristol on the 8th of February...

SECRET HEADLINER (2 hour set) (Will be released on the night)

The secret headliner will be released one week before the event!

i somehow missed this and stumbled upon it today... instantly ordered the vinyl
Top

any info/release date on this one?