Brightness, a new production from Spanish producer Colombo, is the latest release on Cognitive Music and it’s a massive nu-skool breaks track. It all starts with a bouncey breakbeat as a filtered, disco-esque guitar line cranks up the funkiness. The filtered guitar heads to a break and into the track’s first drop, which comes storming at us with a huge complextro line. Vocal snippets, 8-bit sounds, and a catchy driving arp lead us to the song’s big breakdown. Here, the arp takes over, added to some piercing stabs and deep swelling bassline, the song builds and builds until the drop, bring all the elements back together to blow the roof off. An amazing track start to finish, full of energy and guaranteed to appeal to breakbeat fans of all tastes.

I just released a new EP a few days ago. It's free if you want it but if you feel it's worth anything then by all means go for it.

You can stream it from my soundcloud here:
Soundcloud 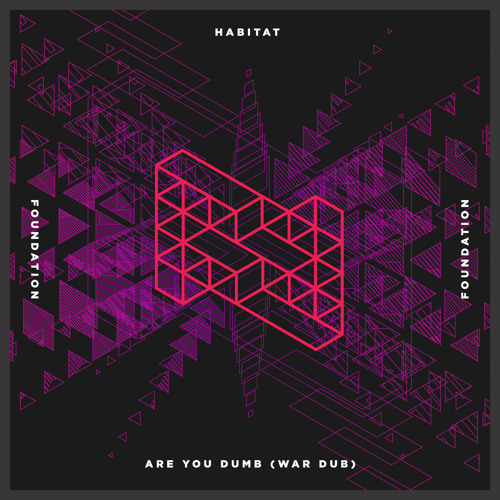 As part of our online relaunch, we have sourced two new mixes and an exclusive war dub – available now via our Soundcloud for free download!

Two new tracks from my alter-ego DarkWarrior. It's glitchy, jump up style stuff. AND, it's FREE!

Heavier tracks that fell by the wayside was the original idea but it morphed into something else along the way.
Bit of all kinds of stuff really, some whompy hiphop, ambient, weird carnival bellydancer shit, fucked if i know.
Free like sunshine.
https://viscous-city.bandcamp.com/album ... no-hitters
Top

on Juno Download
on Digital-Tunes
on Beatport
on Bandcamp 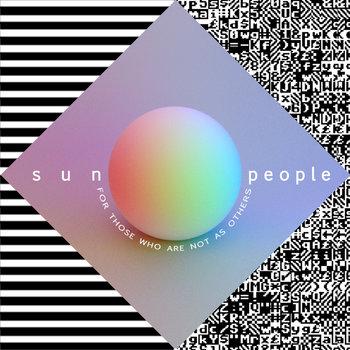 Sun People - For Those Who Are Not As Others

Out now on Stroboscopic Artefacts.
Wish u enjoy the tune!

Coinciding with the growing popularity of the NFL in the UK, Hip Hop legends ‘M1 dead prez & Bonnot’ will be releasing ‘Offense Defense’ in March 2015, alongside an American Football themed music video. This follows ‘M1 dead Prez & Bonnot’ recent BBC One interview and “Fire In The Booth Legends’ with Charlie Sloth and a premiere by the world renowned tastemaking The Source Magazine which gained further international notoriety through a feud between Eminem and it’s former co-owner Benzino.

Offense Defense’ combines Bonnot’s heavy, aggressive beat with M1 dead prez’s trademark snarling tone and relentless vocal flow. The video which was filmed in Italy features ‘M1 dead prez & Bonnot’ dressed in Bergamo Lions (3 times European Champions and 12 times Italian champions) apparel.‘ This release happens to come at a time where American Football has become increasingly popular throughout the UK and becoming a regular topic in it’s media, with the last match selling out Wembley Stadium and The Telegraph describing it as “one of the most engaging sports you’ll see”. The popularity of the sport has reached the point where London Mayor Boris Johnson is considering a London NFL franchise. “We yearn for an NFL Franchise, we will roll out the red carpet, we will strew your way with petals”.

‘M1 dead prez & Bonnot’ are also due to be interviewed by DJ Semtex on BBC 1 Xtra and will be premiered by TBC. This announcement comes right at the of time of one of the most watched sporting event around the world, the combination of the NFL season and 2015 Super Bowl broadcasted on Channel 4 and Sky Sports with later games taking place at Wembley Stadium from 4th October for the next season.

I was experimenting a lot with Techno last year and this is the outcome! Enjoy the free e.p, this is the last one i will probably do! Thank you all once again for the support.

“If you don't know about Benny Page…make sure you get to know.... We are loving the sound of this”
MOBO Awards (Official)

Bass music icon Benny Page has announced his new single, ‘Party With You’ featuring Sweetie Irie, to be released by High Culture and Rise Artists on 29th March 2015 and premiered by Mistajam on BBC Radio 1. Following on from the success of ‘Champion Sound’, his previous hit single, Benny Page has been widely celebrated for his work, noted by his first live concert being sponsored by DJ Mag at The Jazz Cafe. Achieving over sixty national spins in two months, ‘Champion Sound’ was favoured by Annie Mac (BBC Radio 1), Mistajam (BBC Radio 1), Rodigan (Radio 1Xtra) and Don Letts (BBC 6 Music), alongside a video premier on Noisey and other publications. The critical success of ‘Champion Sound’ culminated in Benny Page winning a BMA award for “Best Video” and was followed by an exciting signing to a brand new label for his upcoming album.

‘Party With You’ champions ​Benny Page’s ​signature reggae bass fusion sound. Featuring vocals from UK reggae legend Sweetie Irie, notable for his classic remix of ‘Clint Eastwood’ by ​Gorillaz​ and pulled together by a lively brass section, infectious Drum and Bass groove and deep flowing tones of Sweetie's vocals, this song epitomizes the uptempo feel of a Drum and Bass rave with its catchy hooks and warm production. With an accompanying music video that captures the energy and intensity of the track, ‘Party With You’ follows UK Raise It Up, a Croydon based collective of moped riders recently famed in Vice's "Moped Gangs of London" documentary, as they travel to the legendary biker hangout Ace Cafe, performing stunts along the way. Included in last year’s success was Benny Page’s debut performance at Glastonbury Festival, with the festival itself describing it as “a complete teardown”. Coupled with the launch of his "Benny Page Presents" live events in April, this year is sure to cause an even bigger stir within the music industry.

Following ‘Party With You’ there will be an array of remixes covering all the usual BPMs featuring on a dedicated Remix EP that is due for release in April. Also in the pipeline is Benny Page’s hotly anticipated debut album, mostly recorded in Jamaica and featuring previous singles ‘Champion Sound’ and ‘Hot Body Gal’. This upcoming album will bring his authentic and rootsy sound to a new level and will boast collaborations with international reggae stars including Beenie Man, Popcaan and Assassin.

phD (Phonetic Deep) are proud to bring you Ely Hess and his Understand EP.

Ely Hess is a 19 year old producer based in Denver, Colorado. His love for electronic music started from playing around with synthesizers in his friends’ basement.

At at very young age Ely decided to pursue electronic music himself and began producing various forms of Electro-influenced House music. After much experimentation, he eventually fell in love with the Deep House being influenced by artists such as Low Steppa, Chris Lorenzo, Chris Gresswell, Dusky and Motez.

After religiously following the UK music scene, Ely’s goal has been to spread his underground sounds to the USA.

2015 is shaping up to be a good year for the young and up-and-coming producer from America.

Thanks for Checking it out!
Soundcloud
Top

Hey guys if you're looking for a new and kickass trap track, then go check out my new single, "umop apisdn (UPSIDE DOWN)" - https://www.youtube.com/watch?v=O9qB4oXBwuI

The Colonel "Will You Remember EP" Out today

Yo!
Just wanted to tell you about my new EP which is out today.
Here's the rough idea of it:

The Colonel
Will You Remember EP
(Released on Basic Soundz, 30th March 2015)

I'm pretty excited about this one.
Obviously, it features much of the usual steeze; womping UK bass, neck snapping drums, gnarly synths. horns, violins, bagpipes, and nose-flutes (ok, maybe not those last two), but this time also a guest appearance from brilliant soul singer, Mr. Bailey, on the title track, which is a sharp, soulful UKG stepper.

Another of the tracks, "And Then" (the 4-to-the-floor knees-up party roller of the EP) has already had an outing from Toddla T on Radio 1 and 1Xtra (radio rip here).

And as if all that wasn't enough, Basic Soundz have decided to give away a free track of mine, called "Roll", on their Soundcloud page to celebrate the release.

The EP is available on Juno from today. Itunes will probably leave it in a drawer for a while before making it available later in the year.
Thanks for reading and listening, and thanks for your support!

Users browsing this forum: No registered users and 3 guests