A side : ROOMMATE - Dreader Than Dread
B side : Nibé - Guava Rum (Von D Ginger Rmx)


Also big news for you:

EBR wrote: Criticising an artist is like asking why the sky is blue.

2 bass heavy rollers, with nods to dubstep, breaks and dnb. M2J’s sound is unique, blending elements of diff genres to make a truly “post-dubstep” sound.
Psycadelica sees M2J in a Psychedelic mood, with a twisted leadline, dirty dirty bass and minimalist groove. Will Power swings up the traditional breaks groove to create a Future Garage track for all bass music fans!

Subscribe to our Feed to never miss an update! http://www.l2srecordings.com/feed/

Look out for L2S024: Fused Forces - Long Weekend, out early May!

For more info on the label and future releases go to: http://www.L2SRecordings.com

Four cuts from an outstanding new producer hailing from Long Island, NY - Blind Prophet's '20/20 EP' is breathtaking midway point between dubstep and future garage and is sure to take you (and your crowd) on a journey.

New on One For All Records..... Dubstep from Adelaide, Australia

Were proud do announce our latest release SKANKY PANKY VOL. 2!

Skanky Panky Records is a daring new label providing modernistic sounds from across the globe. Born out of a shared love for heavy choppy beats, tearing bass and futuristic sounds, the label seems to be a logical move as the “glitch hop” sound emerges. Combining these sounds with the movement of dubstep and energy of breakbeat, this label is a truly versatile beast.

Skanky Panky Vol. 2 continues our search for worldwide artists but moves into darker and harder territory for the label.


SixAM
After SixAM's collaboration with William Breakspear on the last Skanky Panky release, they are back for their stinker of a debut solo release - "Fader Murderer". Mangled synths and barking basslines coupled with OTT glitches make this full frequency face melter a true dancefloor champion! SixAM are beginning to develop a sound all their own and are steadily making their mark on the global glitch-hop scene.

J.me.J
Vancouver's Glitch/Dubstep/Crunk hero JMEJ is back with another dose of lazer-weilding G-Funk by the name of "Come N Get It". J.me.J really flexes his production skills on this one and further blurs the lines between Glitch-hop and Dubstep. Low freqeuncy rumbles meet skwonky leads and and metalic glitches to create a filthy but strangely funky banger. Expect some more heavyweight stompers from JMEJ on S.P.R. soon cuz we cant get enough!

William Breakspear
William Breakspear's "Million Monkeys" has been causing a bit of a stink lately and for good reason to.....its fucking filthy. A balls-to-the-wall crossover between DnB, Ragga, Glitch-hop & Breaks, "Million Monkeys" is million mile an hour ride delivering filthy bass womps and heavy drums at an unrelenting pace. A prime time dancefloor slayer if we ever heard one!


Eddy Crusher
Were all about fresh meat here at Skanky Panky Records. Eddy Crusher rolls large with his debut release of proportionate size. The tune is called "Starting Blocks" and with one listen we think you will agree Eddy's production talents are most definitely on another level. Mixing elements of Breaks, Glitch-hop, DnB and even Trance Eddy gives us his unique take on Hip-hop tempo bass music. With a debut like this, we cant wait to see what Eddy brings in the future!

aaaaand last but not least... you can grab a FREE TUNE from William Breakspear!!!

This tune continues Skanky Panky’s run of filthy ragga switch up bootlegs, with one from myself, label boss William Breakspear. This one samples fantastic reggae band The Strangeways to provide the perfect blend of vocal reggae and dirty wobbles – enjoy! WB x

“another digital dancehall winder, the likes of which we can’t get enough of…” Boom Monk Ben (Mixed Bizness) 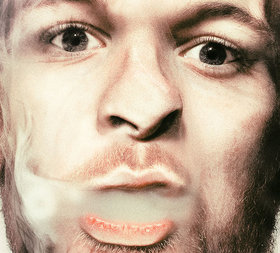 Does anyone know if SWAMP005 - Addison Groove - Footcrab/Dumbshit will be hitting the digital shops anytime soon?
http://soundcloud.com/harry-mccanna
Top

Owntempo Recordings is a Czech Republic based dubstep/grime label focused on releasing interesting material from
Czech and Slovak producers. We believe that dubstep should still keep its experimental side therefore we try to
fuse it with techno, hip hop and experimental electronic music.

"Dysphemic’s obsession with electronic music began at the age of 10 when he experimented with Sound Tracker 2 on his family's 1984 Amiga Commodore computer.

At 13 he was given a drum kit and for the next few years played heavily in various bands, most notably the grindcore trio-Vomit Junction-hailing from the suburbs of Hazelbrook.

Heavily interested in the drum programming of Jungle and Drum and Bass, at the age of 15, Dysphemic produced his first 60 minute album which consisted mainly of raver jungle.

By the age of 19 Dysphemic released a 12”vinyl split with world renowned speedcore artist “passenger of shit” through the Pain Free Found Sound Institute record label.

Dysphemic completed a 60 min CD compromising of work from 2002-2007 entitled Corporate Warfare which was independently released and distributed worldwide through Sound Base Germany. This CD focused on complex breakbeat programming with tracks ranging from 200 to 240bpm.

In early 2008, Dysphemic put out a limited release cd called Fire Bomb in 2008, which was a return to his drum and bass and jungle roots.

Dysphemic started playing frequently in Melbournes Drum and Bass and Dubstep scene,quick gaining a name for himself for his original sound and epic live show, consisting only of original tracks, tweaked and manipulated through a midi device and computer.

In September to December 2009, Dysphemic toured europe and played in Germany, Netherlands, Finland, Switzerland, Belgium and Greece. In 2010 Dysphemic released the album Hypnosis, available through I Tunes and On CD. Future projects include a full length Dark as Fuck DNB album-coming soon! FOR BOOKINGS MAIL dysphemic0@yahoo.com.au"


as someone else said somewhere else: the treeweekes are alwys worth checking out!
dubmarine:
http://flavors.me/dubmarine

WAYS AND MEANS - KICK A HOLE/LET ME SEE YOU BOUNCE - DUSTED BREAKS RECORDS (DBR019) - OUT NOW!

WAYS AND MEANS Is a Breakbeat Unit Combining The Production Talent Of Kristian Townsend, Darren Beale of Kosheen, & Gary Eccles.The Boys have Teamed Up To Present You With Exploits In To The World Of Beats And Breaks Under The Rapidly Rising Name Of Ways And Means giving us banging breakbeat slices of solid tech funk breaks, warped bass lines and meaty synth leads that gnarl over sick drum patterns to keep the crowd hype, watch your bassbins! This is their second release for us, following the very succesful 'Bass Bomber' ditty, that made it to the top 10 of the Beatport Breaks chart back in November 2009! This won't be their last release for Dusted Breaks either, with more planned late summer 2010. So keep them eyes peeled for the crew coming straight outta Bristol! Both of their tunes from this release have won DJ support from some massive names such as FAR TOO LOUD, KARTON, D*FUNK, RUN RIOT & So many more!
Way & Means Myspace

HOME ALONEAfter more than a decade of playing bass in rock bands across Italy, Dino Z aka Home Alone took it upon himself to learn the crafts of electronic music production. It didn’t take long for acid stalwarts Dead Famous (nominated Best Label at Breakspoll 2010) to take notice of him, and his first release as a techno producer saw the light in January of 2010 in the form of the peak hour warehouse acid vibes of Revolution No. 3 and Get Away From Me. It received positive feedback and support from the techno and breakbeat scenes all over the World!
For 2010 Dino is turning more than prolific, with his original and remixed material set to turn up on some of House and Breakbeats best labels! This is another artist to keep you eyes on! His remix of 'Let Me See You Bounce' is prodominently Techno but with a very nice slice of Broken beats running through it! This has seen plays all over the world from the likes of RETROID (Hungary), DANIELLA DOWNS (USA) & LLUPA (Australia)
Home Alone Myspace

HELLFIRE MACHINA Prior to the birth of this project in late 2008. Jody Shires and Tom Williams collectively had over 60 releases under their belts, along with production work for grammy nominated artists, numerous UK top ten remixes, 5 Breakspoll Awards, Best International Dj in the Spanish EDM awards 3 years running and a history in bass culture that is second to none.. The year is now 2010, sonic exploration in the realm of bass fueled riddims is the primary mission for Hellfire Machina. With residencies at New Yorks legendary Club Love, Darkroom in Brooklyn and Psychadelic Radio in SF, it's no wonder these guys are in high demand. Ending last year with A and R and project management credits for the Wu Tang 'Enter The Dubstep' album and a string of singles and remixes, they have hit the ground running in 2010 and this remix, as you would imagine with their pedigree, is dubstep of the highest order!! it has so far won over World Famous names such as CUT LA ROC, THE BEAT ASSASINS, HEXADECIMAL, I.D, BEN & LEX, SCHEMA & more! Hellfire Machina Myspace

This package is out now and available form all good download stores, including the ones below


Get it TODAY from:
Beatport
iTunes
Boomkat
Digital-Tunes
Addictech
Juno
Stompy, Amazon, Rhapsody, eMusic, and everywhere else that music is sold online!


This filthy new EP from SHDWPLAY follows on the heels of their successful “Choke My Chord” EP, out on Blipswitch last May. Sinister vibes, noisy instrumentation, and driving beats chug along on the Original Mix. Auralism Records maestro Jason Short brings the tech-funk with his bouncy remix while Blipswitch head J.Rogers drops the minimalist dubstep/techno flavor on his. Last on the list are vocal and instrumental mixes by SF Acid-Crunk/Glitch/Electro masters The Flying Skulls. This EP is straight up nastiness, get the disease!!

.
Feedback is always appreciated. Support and share your thoughts on this release by replying below.