What have you had the URGE to do lately?

I had the Urge the other day to spear someone in the Street, lol.
Top

i reckon that film's overrated. tries to be so epic but the cheesy one liners don't do it justice. no depth to the characters, i didnt care who lived or died really. good fight scenes though, if a little bit too much slooow mooootion.

i've had the urge to tick a kilo, smoke it all, then move to another country.
Top

Lots of spearing - when I came out of that film with my girlfriend she kept throwing her arms up in the air chanting war cries!

I think it's a great film - I didn't go expecting character depth (not the reason I go to see an action film) and the fight scenes are pretty spectacular.

Get into a conversation where i can say the line... "What'chu talkin bout Willis?"

I have the urge to stick a turd in the box when sending files back to our sorting office. Oh and punching the deputy manager downstairs, but it seems like our whole office would probably join in for a mass kicking in.

And of course reply "oh really" on each e-bayer that's told me that they've had a family bereavement when they forget to post records. Wondering if I'm the e-buyer of doom or I just buy stuff off scally wankers.
Hmm....

get one of these

to protect me from these

Right now I got the urge to bun ting ! 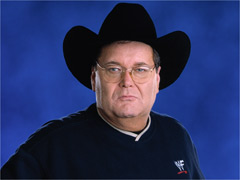