Not really followed the story too closely but I read the indictment, from that the guy sounds like a bit of a pratt tbh. Scheming to get an ex-colleague tortured and killed with an undercover - and then paying the (UC) middleman in non-bitcoin cash. I've never been particularly interested in this deepweb shit but even I heard that silk road was compromised at least 5/6 months ago, so surely the guy must have known it was dodgier than ever when he was plotting to kill someone from January onwards.
Top U.S. prosecutors may allege Ross William Ulbricht was a hacker, money launderer, and online drug dealer who allegedly hired a contract killer to take out a perceived threat to his Silk Road empire. But now that Ulbricht is inside the Glenn Dyer jail in downtown Oakland—faced with the very old-fashioned threat of hands-on violence—law enforcement is actually afraid for him.

Granting his first interview on Sunday to San Francisco magazine, Ulbricht told us he was in a cell alone 20 to 22 hours a day. He visits the jail yard alone, showers alone, and has no interaction with the other inmates housed in his wing.

The Alameda County Sheriff’s Department, in charge of Ulbricht until his pending extradition to New York, confirmed the details Ulbricht told us about his daily jail routine. Sheriff’s spokesman Sgt. J.D. Nelson told us that Ulbricht is housed in “administrative segregation,” a classification for inmates whom jailers deem a danger to other inmates, or in danger of  becoming a victim themselves of inmate-on-inmate violence.

Ulbricht falls into the second camp—the potential victim—mostly because he’s a high-profile inmate. Not to mention because he's pretty new at this whole imprisonment thing. "He’s probably never been in jail before,” Nelson said Monday. “You don’t want someone to make a name for themselves by doing something to this guy. He’s wanted in another state, and we’d hate to have someone not extradited because he got beat up in jail."

Perhaps this is one reason why Ulbricht told us he's "not excessively" worried about his future: He hasn't gotten to meet  his potential cell-mates yet.


Pretty fella like him should have no problem making new friends inna joint.
Top

alphacat wrote:Pretty fella like him should have no problem making new friends inna joint.

Looking to ride his silk road all the way into his velvet tunnel, no doubt.
Top

motherboard.vice.com wrote:
So You're Scrambling to Find Your Drug Dealer in a Fractured Dark Web They go by names like Righteous Tabs, The Bud Father, Canadian Sunshine, CaliGirl, and Fred the Baker. They're reliable, affordable, and always have the good shit. Or so lament their loyal, far-flung customers.

Fiending in the cold wake of the recent shuttering of the Silk Road, the dark web's infamous illegal drug bazaar, these ex-Silk Road buyers just want to get back in with their go-to hookup. That's all. Thing is, their guys seem to have gone MIA. Maybe it's just temporary—he's laying low for a minute, waiting for this whole mess to blow over. Or maybe it's something far more permanent—the risks associated with slinging illegal drugs on the Internet are perhaps too high now that he was left with no choice but to get out of the game altogether.

Either way, a growing chorus of scrambling drug afficianados is putting out the call: I'm trying to find my guy—do you know where he's at? And they're doing this on public forums, no less—on the clear web, in other words, not through something like Tor, the anonymous browsing program that kept something like the Silk Road booming below the surface and seemingly out of the grasp of authorities for almost two years.

Do a cursory search on r/silkroad and you'll see what I'm talking about:

Anyone heard from Canadian Sunshine? Or any of the other liquid Xanax vendors. (via)

Where is DR MDA? Dude had the sweetest MDMA, amazing shit and a great price. Is he on another marketplace now? (via)


It's a curious case of recovery in a fractured marketplace. The collapse of the monopoly that was enjoyed by the Silk Road, a site whose sheer breadth of wares and services saw an estimated $2 billion in sales over its lifetime, has scatter-shot all the dark web's highs and lows into a sort of Wild West. Righteous Tabs? Canadian Sunshine? If they're still looking to make a go of it, they're taking up shop elsewhere. And that's if they're not already back online.

Displaced vendors have about as many new dark web markets to choose from as there are hours in the heaviest throes of a LSD vision quest. There are already at least a half dozen alternatives (and that's probably lowballing it) to the former Silk Road, the bust of which might very well prove to be the greatest thing to ever happen to buying and selling shady shit in the web's underbelly.

These Silk Road 2.0's are in varying states of operation, and likewise employ different transaction models. For example, Sheep Marketplace (escrow) went live recently, and is experiencing moderate to low levels of scamming. BlackMarketReloaded (also escrow) has been operation for the past two years, but is notoriously crawling with scammers, and as such can't throw around a lot of weight in the rush to become the next Silk Road. Speaking of, the Silk Road 2.0—did you really think that name wouldn't be scooped up?—is still coming together, and hopes to launch sometime in the next month.

You get the idea. All of these new markets, to which some of the Silk Road's old dealers are fleeing, are poised to take up the mantle of the Dread Pirate Roberts, or Ross Ulbricht, the Silk Road's 29-year-old alleged founder who's got nothing to do now, as he awaits extradition to New York City, but draw doodles and read Master and Commander in solitary confinement. (Ross, I know you can't read this, but here's how to stay sane in the hole, anyway.) As Heisenberg 2.0 wrote over at AtlantisBlog, it won't be long before Silk Road's "legacy of 12,000 drug listings are divided out among its suitors." So it's not if, but when. Remember: E-commerce started with drugs, and will likely end with drugs, too.

Which is to all to say, if you're just trying to find your guy in the ashes of the Silk Road, you might have your work cut out for you. But even if he's gone forever, your chance of scoring a new hookup, someone you can set a clock to, who won't jack you over, and who will always be holding the best shit, will soon be higher than ever.


TBH I am even less inclined than before to try this kind of "service," and my trust level for SR proper was probably well below 1 in 4.
Top

On Venus it rains liquid xanax. Very difficult to collect and transport back.
Join Me 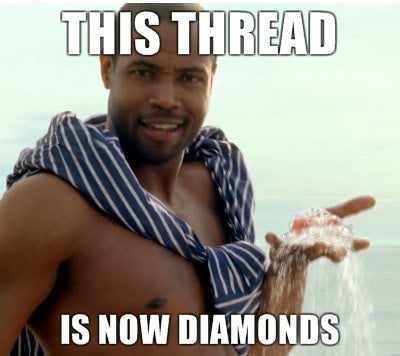 sfist wrote:
Alleged Silk Road Proprietor Was A Dirty Hippie Who Looked Good In A Dress About a month after his arrest for allegedly running an international drug trafficking ring on a dark corner of the Internet and reporters are still digging up new information on Ross Ulbricht, a.k.a. Dread Pirate Roberts, that will inevitably find its way into the screenplay based on his takedown. The latest comes from Ulbricht's estranged best friend who has revealed that the alleged kingpin was a hippie who didn't like bathing and once wore a dress to his college physics exam.

The new information, which sounds like it would be great material in the hands of Aaron Sorkin, comes from an interview on Mashable with Jaspreet Sidhu, Ulbricht's best friend and former roommate. The two apparently haven't spoken in years, but Sidhu's got some fond memories of the guy.

Regarding the dress Ulbricht wore because he lost a bet on a racquetball match: After losing the racquetball bet, Ulbricht squeezed into a skin-tight dress he borrowed from his girlfriend, Sidhu said.

"He looked damn good in that dress," Sidhu recalled. "Ross didn't give a shit. Ross wore it with panache."

"He's a hippie. That's the best way I can describe him," Sidhu said. "Ross was the guy who had stinky feet, that wore shorts — a shirt if you were lucky."

Elsewhere, a woman who once went on an OK Cupid date with Ulbricht recalls that he "weirdly took his shirt off" before passing out drunk.

Regardless of his decision to constantly go topless, Ulbricht's friends and former roommates are still trying to parse the story about a guy that many of them refer to as "a good person." Sidhu, for his part, called Ulbricht "one of the kindest and most good-natured people I know," who he believes could not possibly be responsible for ordering the execution of a Silk Road user. On the other hand, his alias Dread Pirate Roberts was known to start book clubs on the Silk Road forums that focused on "agorism, counter-economics, anarcho-capitalism, austrian economics, political philosophy, freedom issues and related topics."

As for Hollywood, they'll get their turn at depicting the Silk Road saga soon enough. It took less than two weeks for movie execs to jump on the story. The first project will be based on a story written by Joshua Davis for Wired magazine, who you might remember from his work following John McAfee to Belize. Another, a documentary about the crypto-currency Bitcoin that powered Silk Road's marketplace, is in the works from the guy who played Bill in Bill & Ted's Excellent Adventure.

sfist wrote: called Ulbricht "one of the kindest and most good-natured people I know," who he believes could not possibly be responsible for ordering the execution of a Silk Road user. On the other hand, his alias Dread Pirate Roberts was known to start book clubs on the Silk Road forums that focused on "agorism, counter-economics, anarcho-capitalism, austrian economics, political philosophy, freedom issues and related topics."

Apt juxtaposition. There are nice people, and then there are murderous people into agorism, counter-economics, anarcho-capitalism, austrian economics, political philosophy.

Right. Got it.
Join Me

Fitting...You had to be on drugs to find that film remotely funny.

Genevieve wrote:It's a universal law that the rich have to exploit the poor. Preferably violently.

Fitting...You had to be on drugs to find that film remotely funny.

A real good story about how Silk Road was created ..the ups and downs of the entire story

This is the 1st part and is written so good, like i'm reading a book, but it's with true facts

it's wired, remember to take their "true facts" with a grain of salt

Who is this phane?
Join Me


[+] Spoiler
as opposed to people off phanes

Someone who has never been in my kitchen, Alex.

Users browsing this forum: No registered users and 12 guests