those BoC and Tycho leads

For what it's worth, I'm sure there are people getting off to this rather then the 3248th "how does I wobble..." thread and it's variations.
Soundcloud
Top

i know part of it is rhodes btw

really... this is right up my alley.


rhodes or heavily processed sine wavs, i found adding a strong pitch env (with a large spread) to a rhodesy/sine wav based patch will do wonders for movement and depth. A touch of reverse reverb can also spice of a bandwitdh of sound.

playing the rhodes like a rhodes also does wonders in "Fahrenheit fair enough", really spelling out the chords so each note has time to resonate on its own and then the decays create the chord itself.


deadly habit wrote:heh you should know i'm more after technique and learning than recreating
even when i do recreate i gotta make itmy own

you know what i meant, i know you are not trying to recreate, but I do like this discussion... finally some good noise to talk about.
http://www.soundcloud.com/simple
http://www.twocirclesrecords.com/
Soundcloud
Top

Just thought I'd say BoC are amazing and until I'm a better producer that's the only input I feel I can have in this thread.
Soundcloud
http://www.facebook.com/stealthelf
Top

i agree BoC are pretty amazing producers and are some of hte most interesting in terms of technique, they managed to basically invent a whole new production method to describe their vision. i fell out of love with them after their awful last album though, i think there's something so intrinsically deep within their old music that even when they used the same production methods and melodies etc etc etc on that final record they somehow managed to make a pale and watered down version of their own sound. i remember as a 16yr old being obsessed with all of the (what seemed like) amazing depth hidden inside Geogaddi - there's loads of mad shit in that record, hidden messages etc - and then they produced a really bland album, almost as if they forgot what their original vision was and so just tried to emulate their past sound and visual aesthetic...

seems too strange people calling it the 'boc / tycho' sound tho... i remember back in the day the warp records heads on some old forums went mental when they found out about tycho. it's like boc were revered as kind of sacred: their production style / instrumentation was designed to trigger a really poignant and specific nostalgia and emotion; then some fanboy comes along and basically copies all the 'surface' elements, even down to the track titles, with none of the 'substance' that surface was designed to contain...

i wonder what they're doing these days? i remember they used to be part of some weird hippy commune in scotland, then they went 'public' and kind of ruined the mystique.

any way, sorry for going off topic, i realise this is just a fun production question... i remember there was a specific analogue synth that apparently was responsible for their leads, i can't remember which one it is though

i've not thought about boc for years, i might go and dig out geogaddi
Top

BoC are pretty amazing, pretty much nailed their own style.
gutted that there isn't more of their work as Hell Interface.

[quote="collective"
rhodes or heavily processed sine wavs, i found adding a strong pitch env (with a large spread) to a rhodesy/sine wav based patch will do wonders for movement and depth. A touch of reverse reverb can also spice of a bandwitdh of sound.

Sorry what exactly do you mean by a strong pitch envelope?
Top

Think of a sub bass drop... That has a pitch envelope on it.
Soundcloud
Top

collective wrote: rhodes or heavily processed sine wavs, i found adding a strong pitch env (with a large spread) to a rhodesy/sine wav based patch will do wonders for movement and depth. A touch of reverse reverb can also spice of a bandwitdh of sound.


Sorry what exactly do you mean by a strong pitch envelope?

I mean that the curve of the pitch envelope is pretty large (spanning quite a distance to add a little dissonance to the beginning of each note).
http://www.soundcloud.com/simple
http://www.twocirclesrecords.com/
Soundcloud
Top

This track was very influenced by BOC and was created using various cheap synth plugs and and basic sounds. Also has a fair bit of wow and flutter via a standard Logic
delay plug, bouncing to tape and back again, amongst a few other bits...

I make no apologies for the fact that I have loved 'Music Has The Right..' since it's release. I wanted to put my stamp on the sound.
https://soundcloud.com/ghostlight
Top

I love the BoC asthetic and it's a sound worthy enough to try and emulate. Tape delay with flutter, detune modulation, clever filtering as has been previously mentioned. As a more general technique I'd suggest sending your audio out into the "analog world". A lot of times I like to use the filter on my sp303 to rough it up and help emphasize the pitch detune. Also doing things like recording out to vhs tape or using an actual tape recorder with some filtering to get that sound.

Or just get this 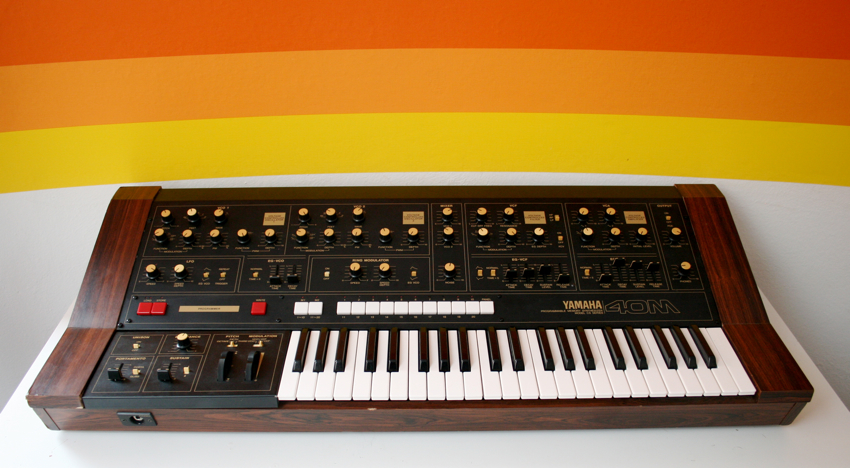 <3 boc and tycho... been a long minute since i have played my cds by them though.

for people not feeling tycho or boc... how do you feel about the more melodic dubstep out there?

This is soooo right up my alley. I love this stuff - along with just about every other artist you want to toss in the "idm" pool. It's my first and foremost electronic love.

But you're forgetting Kiln when it comes to this area of the warm analog type stuff.

always loved Boards of Canada so it's a great topic !
http://soundcloud.com/semihedonist/
Top

Okay, shelf the skepticism for a minute, cause I have to, to even write this. When I first got Massive, like the first real patches I made just turned into these really amazing boc sounds. I was certainly aware of that boc sound, it has huge gravitational pull, it's hard not to get sucked into it. I kind of let myself go and just made what sounded good, which happened to really sound like boc. I saved the patches away and moved on. You just can't use something like that without being a biter. I mentioned this to lost forum member jsilver, and he was like lemme have those patches, and I tried to comply, but had erased the patches when I had to reinstall massive because of an update problem.

So I was like, I'll just whip up some more patches, and they sounded exactly like you'd expect, some dickhead with massive trying to emulate boc.

But really my point is that sound can be achieved with digi, even soft synths. That warmth, depth, texture, character...

And who was it that was saying it was sentimental for people born in the 80's? Sorry, wrong decade, it's the 70's little bro

nowaysj wrote: And who was it that was saying it was sentimental for people born in the 80's? Sorry, wrong decade, it's the 70's little bro

i think it's quite fascinating how the 'nostalgia' ting people describe with boc is pretty regardless of when they were born, tho, without it being faked at all. i doubt it's anything obscure though: i reckon it might be something to do with the fact that a whole lot of seminal kids shows in the early 90s were already 10 years old or so. i remember when i first got into them like 8 years back it sent me right back to school sick-days/inset days watching sesame st psychedelia while the sun was blinding and endless and i was 5 years old...

man seseme st was great, all those wierd animations they'd do around letters or numbers, it was DMT for kids
Top
Locked
45 posts

Users browsing this forum: No registered users and 28 guests