Post your methods of sampling and manipulation to turn it into leads and basses and such. I'll start off.

Here's a general tutorial on a sound I'm using in an upcoming tune. It's not an exact tutorial, but Its useful for people curious about creative sampling.

Note, this is done in reason, but it should be pretty easy to follow along with any other DAW with a sampler and basic effect units.

I pretty much took a sample, found and good place to loop it. the loop is only a fraction of a second, to the point where it doesn't even sound like it's a voice.

After I looped it, I put my "secret EQ setting" on it. nobody shall ever know it muahaha! Just kidding, I just boosted the hi shelf, cut a few db at 3.2 kHz , and cut the low end a bit.

I added a Pulverizer device, which pretty much is only used for parallel compression, and then I threw on some unison.

The send FX are generic reverb and delay.

The sample I used: http://audiour.com/playlist/hlouffcd 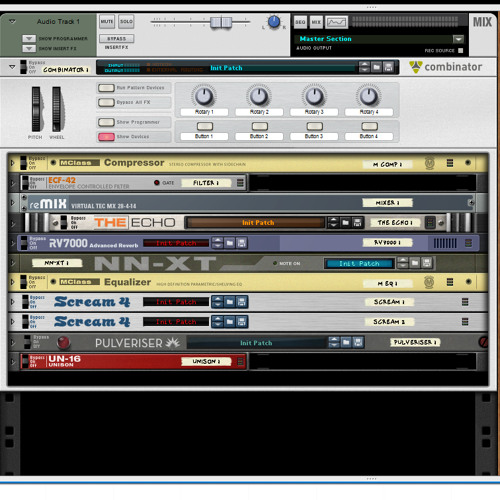